The following questions, received from Living Streets North Tyneside, were directed to Penny Remfry, our candidate for Elected Mayor. Penny’s reply, sent to Living Streets on 16 April, is outlined below.

1. What are your plans to provide a tourist offer, especially along our coast, which is based on space for people to enjoy sustainable visits rather than traffic congestion? What measures will you introduce this summer and in the longer term?

The Sunrise Cycleway along the coast during the summer of 2020 was a great success, attracting lots of new cyclists and making walking along the promenade a much more relaxing and enjoyable experience. I would reinstate this on a permanent basis, having had consultations with local residents to find solutions to the access problems the one-way traffic system created.

I would also encourage an independent organisation to provide electric scooters for hire so that people with limited mobility could also enjoy the coast between Tynemouth and the Lighthouse during summer months.

2. What measures will you deploy (in short and longer terms) to enable local people to enjoy their streets and public space for their own wellbeing and to support the economic recovery? How will you consult with people on these measures?

During the summer of 2020 North Tyneside Council created some car-free streets in our town centres. This allowed people to browse the shops in a relaxed fashion and meet their friends for a coffee in one of the outside coffee shops. The Fish Quay was also traffic-free allowing people to relax over a drink and/or a meal outside without having to breathe in polluted air.

I would re-instate these during the summer months in consultation with local traders and residents to find solutions to any problems which emerged. There may be other areas in the borough which would benefit from a similar scheme; I would ask ward councillors to identify potential areas within their wards.

3. How will you create a built environment which enables outdoor play and active travel for local journeys (walking, cycling and wheeling) to unlock health and well-being benefits for all ages and abilities?

There has been a great deal of new housing development in the borough recently and more in the years to come. Housing developers tend to want to maximise the amount of housing on-site. As Elected Mayor I will insist on designing in footpaths to enable easy access to bus stops, cycleways for longer journeys, wildlife areas and corridors wide enough for wildlife to use in safety and open sites for recreational activities – along with community facilities.

We need to use existing policy instruments better and act quickly to incorporate re-instatement of key design guidance such as the National Design Code and forthcoming follow-up to the Department for Transport ‘Manual for Streets’. I would set up a group to develop clearer guidance for developers and planners on this and the adoption of Homezone streets.

I also want to see secure bike storage pods provided adjacent to apartment blocks so that those living there can keep a bike to use.

4. How will you prioritise the needs of children on our streets, by rolling out school streets to all possible primary schools, middle schools, and some secondaries and committing to proactively supporting and expanding the number of play streets across the borough?

Much of our housing in the borough was built before most households owned cars, or cars of the modern size.  This means that there is a lot of on-road parking. This creates dangers for children playing outside and cyclists when non-residents use these roads as short-cuts.  There is already provision for residents in a particular street to close it during school holidays and as Elected Mayor I would support and encourage this.

As part of my policies in relation to local democracy I will be asking Cabinet members and local ward councillors to hold meetings with local residents to listen to their suggestions and concerns and discuss possible developments.  These meetings will help to identify areas where residents would like to create school streets and play streets.

5. How are you planning to work collaboratively with Living Streets North Tyneside to develop and build a network for walking, cycling and wheeling? What will you do to improve the quality of urban design?

The local Green Party did collaborate with Living Streets on social media with support for the Sunrise Cycleway and as Elected Mayor I would certainly want to work with you on developing a borough-wide network of paths for walking, cycling and for wheelchairs.  See above for comments about new housing estates. As Elected Mayor I will work with neighbouring authorities to improve building regulations so that all new buildings have greatly improved energy efficiency and the surrounding environment is more conducive to walking, cycling and outdoor recreation. 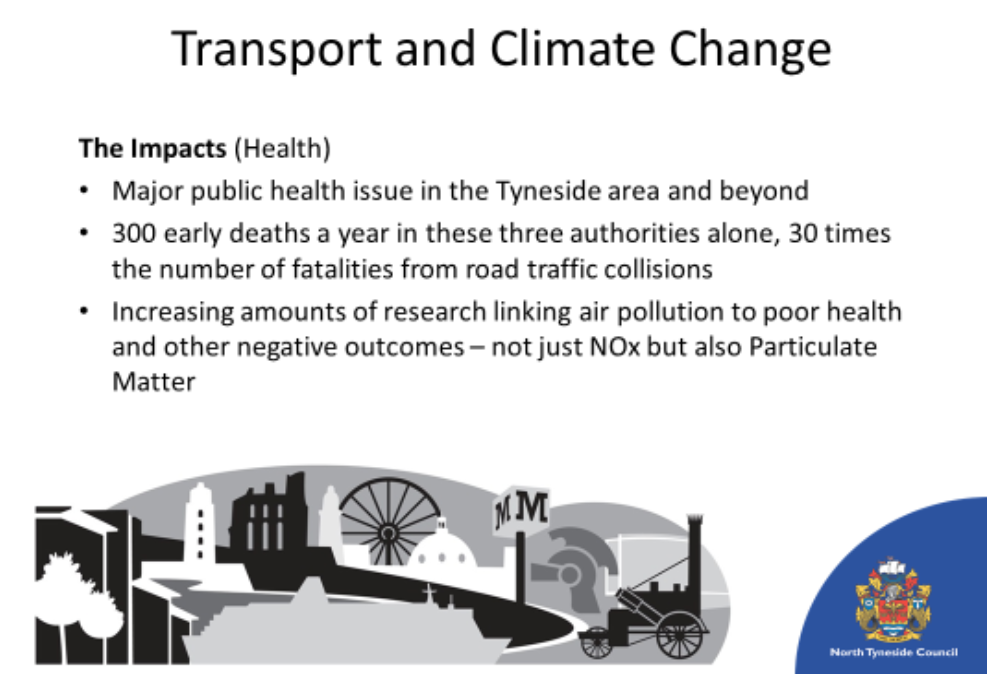 Published and promoted by Ian Appleby on behalf of the Green Party, both at 114 Links Road, Cullercoats, NE30 3EA.